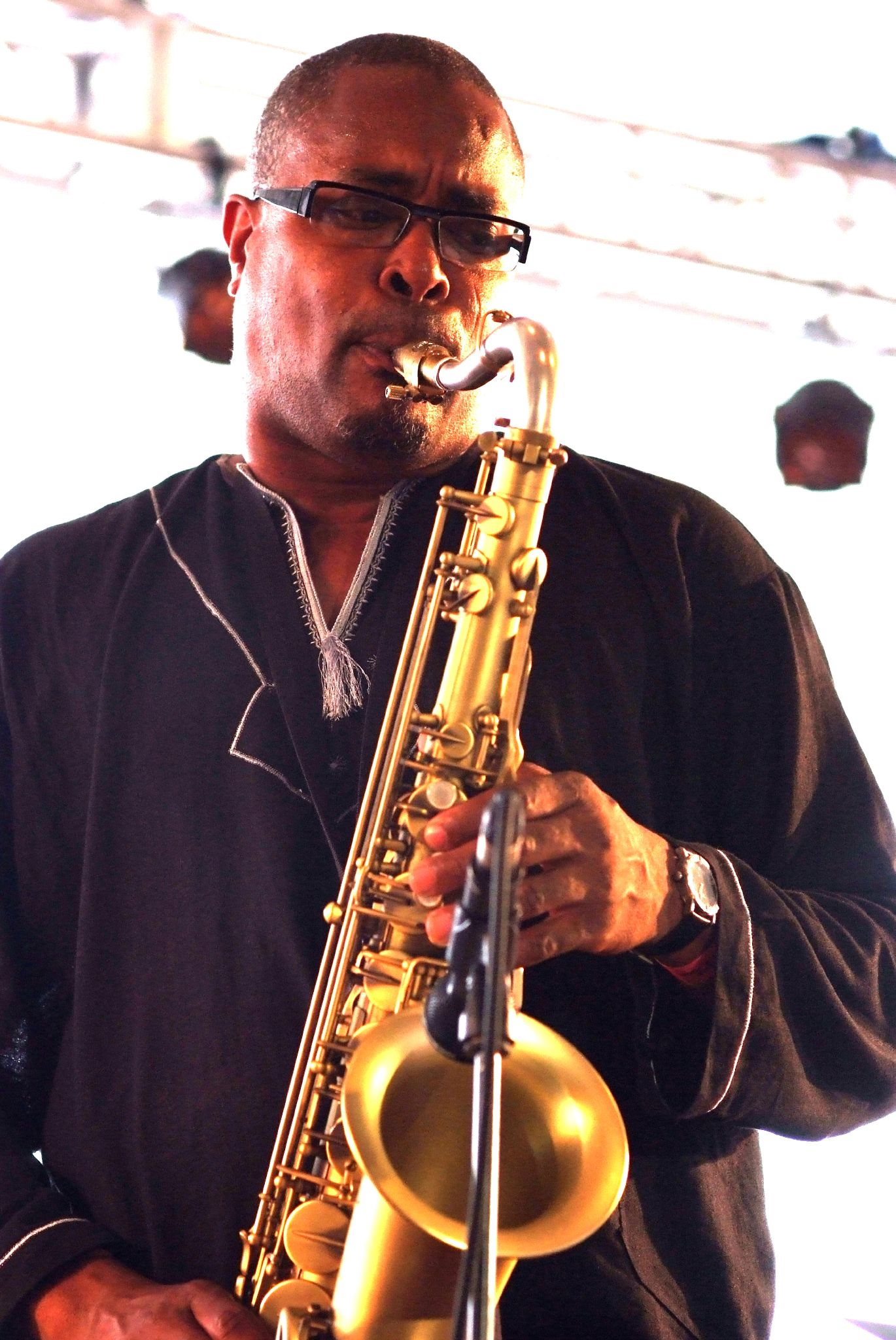 For four years in the 1980s, Jean Toussaint was a member of the legendary band Art Blakey’s Jazz Messengers, touring the world and honing his playing and composing skills. He made three studio albums with Blakey, including New York Scene, which won a Grammy for Best Jazz Instrumental Performance.
In 1987, he moved to London to take up a post as artist-in-residence at the Guildhall School of Music and begin to establish himself as a band leader, playing with British artists such as Courtney Pine, Julian Joseph and Jason Rebello. Over the years, he has also performed in groups led by such legends as McCoy Tyner, Horace Silver, Gil Evans, Dizzy Gillespie, Wynton Marsalis and Max Roach.
He has also won many awards, including most recently instrumentalist of the year at the Jazz FM Awards in 2019.
For this summer afternoon session, he’ll be joined by emerging young jazz pianist Emile Hinton, up-and-coming Irish-born bass player Conor Murray and drummer Ben Brown, who has toured the world with leading artists such as Jason Rebello. With his own band Waaju he has released two internationally acclaimed albums on which he has also acted as producer and composer.